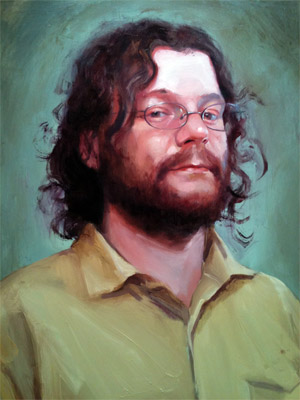 Gabe Ripley has been helping artists use technology to propel and secure their careers and business since the mid-nineties. After finding great success in promoting tattoo artists, in 2005 Off the Map Tattoo first opened its doors. In 2007 Gabe started producing professional development events in unique locations, and now produces or co-produces a 4 day tattoo gathering, an art retreat, a 2 day conference, and numerous single day events. Event locations include resorts in Massachusetts, Colorado, New Mexico, Venice Italy, and Dublin Ireland among others. Gabe Ripley has presented at the Worldwide Tattoo Conference and taught a seminar “Building a GREAT tattoo business” at tattoo conventions and online.

Currently Gabe is focused on TattooNOW, which has been empowering thousands of artists with career enhancing technology and education since 1999. Before TattooNOW, Gabe had a very successful freelance programming career in the USA and in Europe. Projects included programming Smurf, The Little Prince, and Lucky Luke video games, touch-screen kiosks for Honda and the Epcot Center, and monthly business multimedia DVD-Roms narrated by Leonard Nimoy. Ripley was a founding partner in a technology company in 1996 (which still exists!). Travel has been a staple of Gabe’s business and personal life since hitch-hiking barefoot through eastern Europe in 1992. He stated programming BASIC when he was 8 years old, and dropped out of college twice but that didn’t stop him from teaching college level computer courses at age 20!

He is progressive in politics and business. Since reading Issac Asimov books growing up, thinking about vast visions as well as the impact of our actions for the short, long, and very long term has been ingrained into Gabe’s thinking. Understanding that his business is supported directly by local, national, and international communities, Gabe truly tries to directly enhance the communities that are helping arts businesses thrive. He defines success by how much he can afford to give back, and helps produce benefit events. His mission is ultimately to make a long lasting positive mark on the world (or at least get three to four weeks vacation!). There are various articles written by and about Gabe online and in the real world via magazines, books, and podcasts as he loves to talk once someone gets him started.

Here is a Playlist with highlight of projects from the last decade:

Watch The Trailer Below